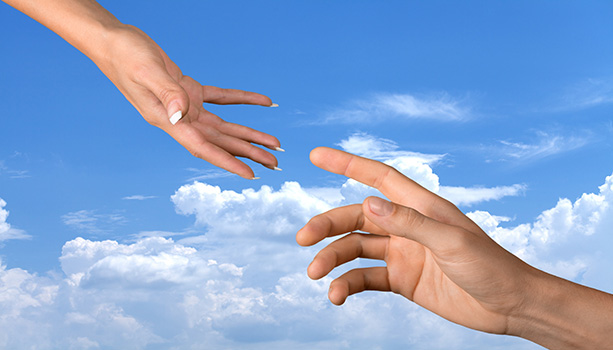 BlueSkies is one of a handful of drug and alcohol addiction centres that also provides services for co-dependency. Not every treatment centre offers care for co-dependency, primarily because it is a disorder that is not entirely understood at this time. In fact, the existence of co-dependency as a clinical disorder is still a matter of some debate. While the experts continue their research, BlueSkies is here to offer help to those in need.

Our first glimpse into co-dependency decades ago was a direct result of mental health professionals trying to understand the behaviours of those caregivers taking responsibility for alcoholics. These researchers observed a common trait among their subjects a seemingly unnatural obsession with providing every aspect of care for an alcoholic friend or loved one, to the point of sacrificing one’s own health and well-being.

Further research revealed similar traits between the caregivers and others whose lives seemed to be totally consumed in the care of others. The establishment of co-dependency as a psychological disorder arose from this research. It is sometimes referred to as ‘people addiction’ to make it easier for people to wrap their brains around.

The mental health community is very careful in its definition of co-dependency in an era where the term is used rather flippantly. A co-dependent person is not someone who just enjoys being generous and giving with their time and resources. It is not merely an attitude of wanting to control things all the time.

Co-dependency is defined as being a mental disorder in which sufferers are completely obsessed with meeting the needs of others, to the extent that they find no meaning in life if they are not needed. All of their happiness is derived from the knowledge that others depend on them completely.

Because of the disagreement surrounding co-dependency as a clinical disorder, there is some debate as to the symptoms one would observe in a co-dependent person. That said, it is generally agreed that co-dependent people:

The best way to think about co-dependency is to remember the word ‘obsession’. All of us desire to help other people at times; all of us find ourselves emotionally attached, with a desire to be liked and needed. It is when these feelings become persistent and obsessive that one has to begin considering co-dependency as the cause.

Co-dependency is one of the more difficult mental disorders to treat. Therapists and counsellors must help patients first come to terms with who they are as people, followed by helping them understand that they cannot save the world. Then they have to teach patients what triggers co-dependent behaviour and how to avoid it.

BlueSkies offers co-dependency treatment by way of a professional staff with the necessary knowledge and experience. We can treat co-dependency as a standalone disorder or a problem existing in concert with substance addiction, behavioural addiction or another mental disorder. We employ a full range of professional treatments that can include everything from cognitive behavioural therapy (CBT) to individual or group counselling.

Our treatment goal is always to facilitate a personal journey of recovery. To that end, our co-dependency treatments are customised to the needs of each individual client. If you believe you or a loved one may be co-dependent, we urge you to reach out to BlueSkies.