The Life-Ruining Consequences of Addiction 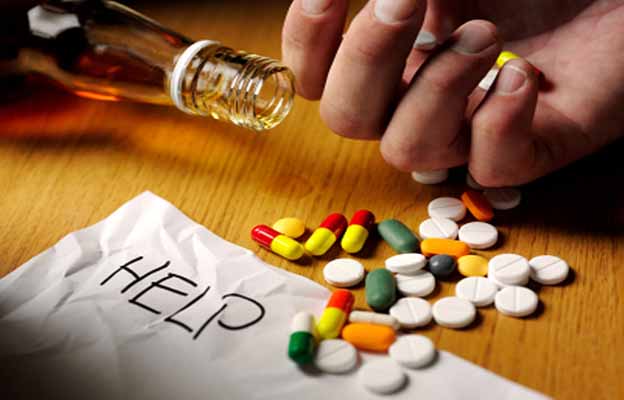 Countless individuals around the UK are falling victim to drug addictions. These addictions can consume the life of the affected person without him or her even realising this until it is too late. There are many consequences of drug abuse – health complications, deterioration of relationships, even turning to crime as a last resort to pay for your addiction. All or any of these can turn a once happy and confident person into a shell of their former self.

Twenty-eight-year-old Peter Learmonth from Colchester has been leaving petrol stations without paying for the past three years. He admitted to eighteen counts of theft; he already had nine convictions of eighteen crimes when he was charged with burglary for the third time last year. He would have already been sent to prison had it not been for the kindness of one of his victims and a legal technicality.

One elderly victim who was robbed by Learmonth found that he had taken £820 worth of jewellery, which he sold on for just £40 that he then used to pay for drugs. The victim said that she did not want compensation or for Learmonth to be punished; she simply wanted him to receive the help he needed to get better. He was handed a twenty-one-month sentence suspended for two years and a community order instead.

Learmonth only attended 20 out of 45 appointments that he was required to participate in as part of the probation service and consequently was requested to return to court in March 2016. Judge Patricia Lynch QC told him that he had made “absolutely no effort” and described him as a “waste of space”, but did not give him a jail sentence for his partner and father’s sake.

The court heard how he went to BP petrol stations on eighteen occasions between 2012 and 2015, stole fuel, gave his name but never went back to pay. He pleaded guilty to eighteen charges of theft, which totalled to more than £1,000. In December 2016, he will be sentenced for these thefts, which took place in Colchester, Brentwood and Witham.

It is easy for anyone who has not had experience with addiction to say “just stop”, while thinking that quitting an addiction is no big deal; however, this couldn’t be further from reality. Overcoming a drug addiction is no walk in the park by any means, and it involves massive amounts of strength, courage and determination.

It can be difficult for an addict to simply stop abusing their drug of choice; this is because the drugs have “changed” the individual’s brain function. Making sound decisions is much more difficult as the effects of the drugs cloud thoughts. The affected individual may have a list of excuses as to why he or she does not need to change, but it is just prolonging loved one’s suffering and hurt as they see the person on this downward spiral to imminent oblivion.

Help and Support When Overcoming an Addiction

If you are worried that you or a loved one is suffering from some form of addiction, the best thing you can do is seek help. You may not necessarily want to do this or think that it will even work for you, but this is one of the only effective things you can do in this situation. Here at Blue Skies, we want to make sure that you feel comfortable when working towards recovery. Our treatment centre is designed to ensure that you feel safe and satisfied during your stay, helped along by our welcoming and considerate staff. If you have any further queries or require any more information, contact us today.